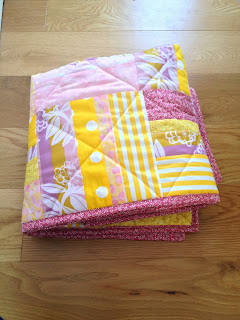 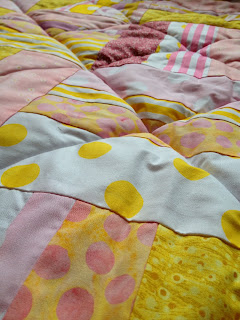 This year’s approaching change of season has posed a dilemma in our home; should we buy Olivia a bigger sleeping bag or should we buy proper bedding, meaning a duvet, for her cot? She moves a lot when she sleeps, sometimes we found her in the morning with her head where her feet should be or, even worse, with her legs trapped within the bars on the side of the cot. Bearing that in mind, we opted for a bigger sleeping bag, and when I say big I mean 18-36 months! It’s huge; I can almost fit in it. But that made me realise that she has quickly outgrown all of her handmade blankets and quilts that we’ve used and loved so much during the past almost two (!) years. So that so, I was determined to make her a new quilt for the coming winter.
The first ever quilt I made was done from a baby quilt kit that I had bought back in 2011 (posts and link here, here, here and here). I did make a few changes, like the colour scheme and the appliques, but the basic instructions were pretty much followed.
For this new and bigger quilt, I’m going more freehand. The pattern I have chosen is very simple and I got inspiration from Diary of a Quilter by Amy Smart. Her tutorials are so very well written and easy to follow. The one I picked is a simple stripes quilt tutorial (here). As tradition demands, I only used the tutorial as a general guideline.
First of all, I had a few scraps of fabric from previous projects. I put together the ones that I thought could go well together and quickly realised I didn’t have enough of them to make a cot quilt. So off I went to our local fabric store for some shopping. 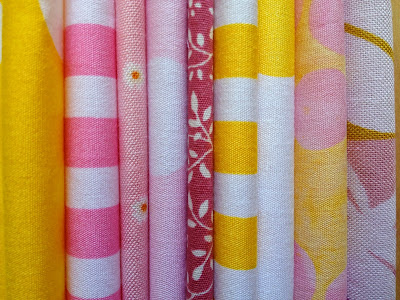 I picked a bundle of 4 fat quarters in matching spots and stripes fabric in yellow and pink, 120x200cm of flowery fabric in a dark antique pink for the backing, the binding and some of the front stripes, and 150x150cm of wadding. 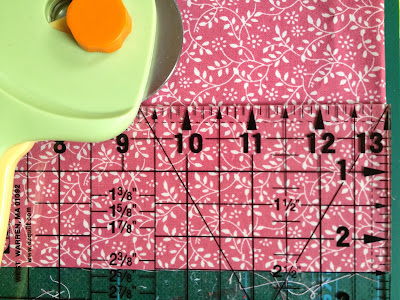 Because I’m always afraid I will not have enough fabric, or more likely I will make a mistake, I picked a bit more than needed. The idea was to make a 120x100cm cot quilt, but ended up with a 125x105cm quilt.
Overall I used 9 fat quarters each of which was cut in 4 equal pieces. I then cut 4 stripes out of each: 4cm, 6cm, 8cm, 10+cm. And rearranged them, varying the pattern, to make a total of 30 blocks (with 6 blocks to spare…just in case!) 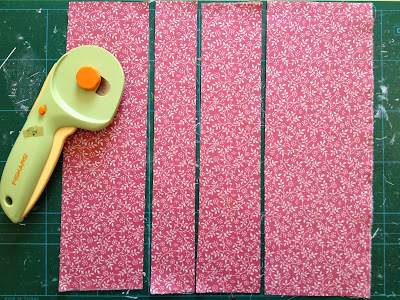 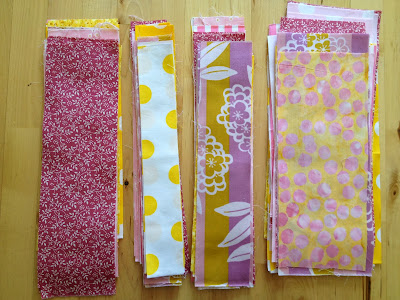 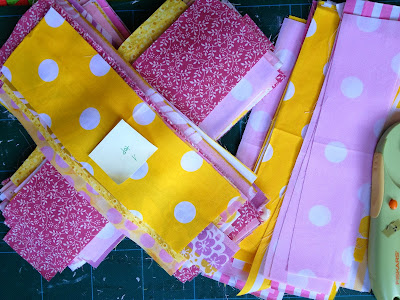 The initial design was to use vertical strips for each block, but after a laid out the entire quilt, I didn't like the overall effect. And also realised, mistakes and imperfections would have shown more this way. So I went for a vertical+horizontal arrangement (as shown in the hand drawn picture below). 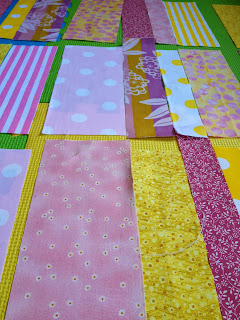 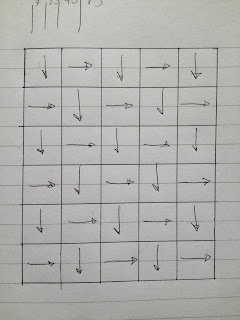 Then the fun part began! The sewing of each block was done following the pattern: 8cm+4cm+6cm+10cm. The best trick I learned from professional quilters was to try and be consistent with the seam allowance. In this way, errors and imperfections are minimised. I used a 1/4" seam allowance, using the outer edge of my pressere-foot as guidance. Once the blocks were sewn, I squared them using a square template I cut from a sturdy brown paper sheet and ironed each block, making sure the seams were pressed in the same direction. 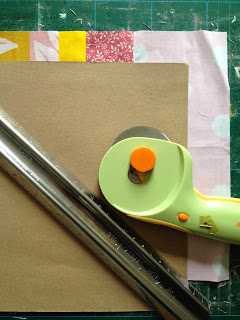 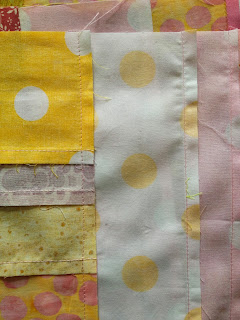 Once all the blocks were sewn, I arranged them in a 5x6 matrix, varying their position (vertical and horizontal), and also with seams pressed in alternating direction, for a smoother finish. 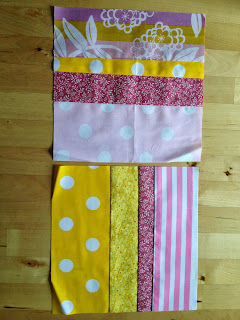 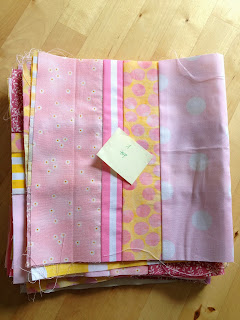 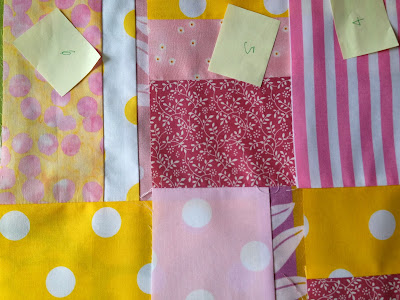 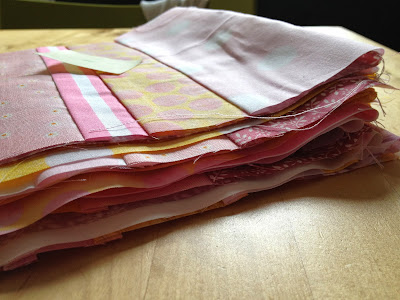 Once the top layer was ready, I sandwiched the batting between the top and the bottom and pinned the edges. As a note for next time, it would have been easier to used some washable spray adhesive to keep all the layers in place considering the size of the quilt.
Due to my inexperience and the simple features of my sewing machine, I went for a simple quilting pattern: crossed diagonal lines. 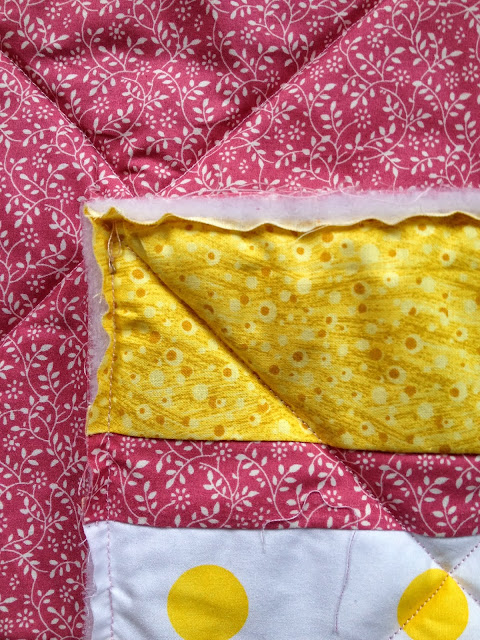 After sewing everything together and trimming the excess from each side, I started planning the final and most difficult step, the binding. Initially I wanted to directly use the fabric from the back (folding the excess to the top and sew it), but it wasn't enough to do that. So I went for a simple machine binding technique using the same fabric I used for the back. The steps to do that are beautifully explained here, and this time I followed the instructions thoroughly. 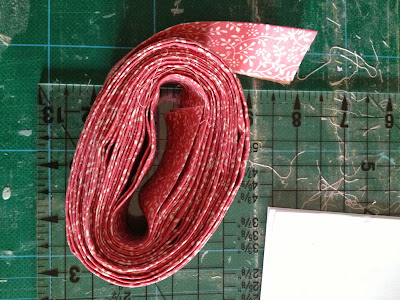 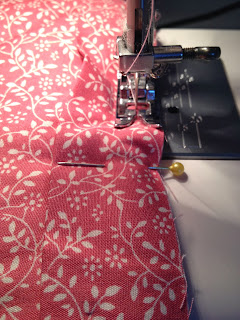 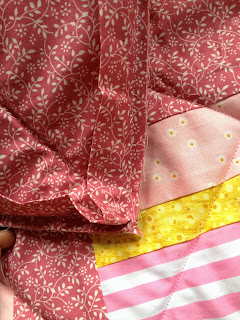 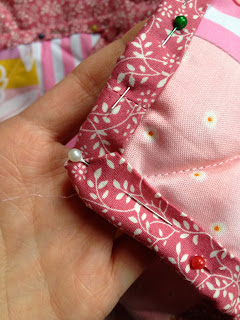 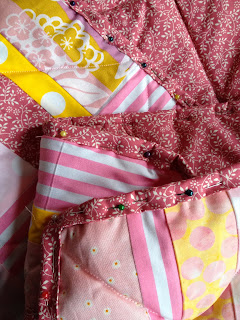 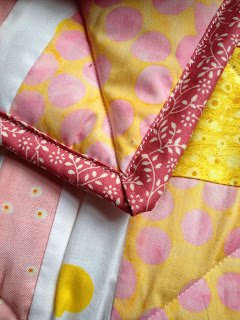 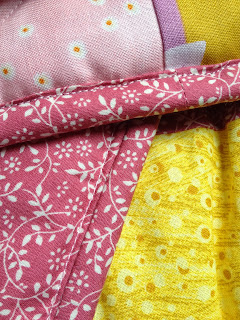 The result is a beautiful, although imperfect, cot quilt which my little loves (she did pick the fabric with me after all!).
Cold nights we are ready! 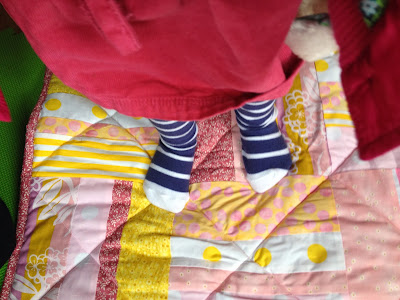 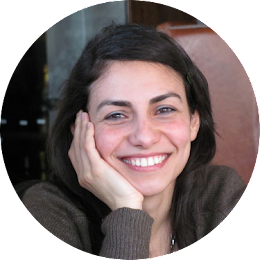 I'm Marina, a watercolor artist with an obsession for botanical illustrations and travelling journals.
This is my space to share my work, life and inspirations.

This is a personal blog, where I share info about my private life and my family. Under no circumstances, should the photos and the text of this blog be copied and re-posted elsewhere unless you have permission from me to do so. I decline all responsibility for comments made by other people and reserve the right to remove comments I judge unsuitable.